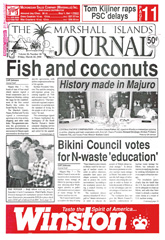 HILARY HOSIA Nuclear Victims Remembrance Day kicked off with a “march for justice” led by Marshall Islands President David Kabua, Parliament members and US Embassy Charge d’Affaires Rachael Doherty Monday in Delap. Trailing behind the leaders were hundreds of students and government and non-government entities bearing posters and signs echoing the ongoing pain and memory […] 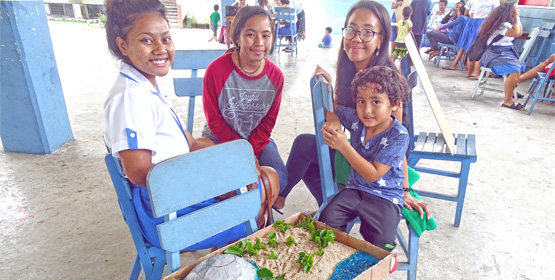 Assumption School gathered last Friday to remember the day the US tested its largest hydrogen bomb at Bikini Atoll. Their day started out with a mass in church, then essay winners read their essays out to the whole school, staff and students. Guest speaker Alson Kelen, a member of the National Nuclear Commission, talked about […]

HILARY HOSIA Marshall Islands High School student interns are probably the government’s and its state owned enterprises’ greatest asset this past month following the beginning of the school’s practicum program that placed hundreds of students in various government offices. This week, we encountered two hardworking lads from MIHS 12B who have been tasked by the […]

“Don’t travel.” That’s the best advice available as the coronavirus known as COVID-19 spreads globally, including throughout the United States. In a revised and updated travel advisory issued Tuesday night this week, the Ministry of Health and Human Services suspended visits by cruise ships until further notice and urged anyone planning to travel from or […]

Water levels down to 300k 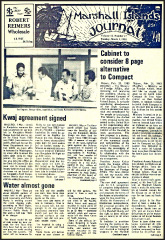 Journal 3/1/1983 P1 Kwaj agreement signed The Kwajalein people may finally reap the benefits of letting the Kwajalein Missile Range use their land for fiscal years 1983 through 1985. A summer of occupation of the land, numerous suits against the Department of Defense in support of the occupation, a month of negotiations in Washington, and […] 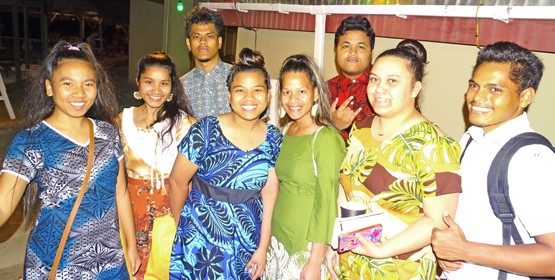 GIFF JOHNSON Over 20 million cans and bottles have been recycled since container deposit legislation was adopted by Nitijela two years ago, and implemented by Majuro Atoll Waste Company and the Ministry of Finance. This has injected nearly $800,000 into community recyclers who bring bottles and cans to the MAWC recycling facility in Delap. The […]

ROGER MULLER The airport picnic park on weekends is always full with families and picnic goers enjoying the sun. Most would go for a cool swim and play volleyball. For others they would just light the grill for some good old fashioned BBQs. For most kids, excitement at the beach is a favorite weekend pastime. […]

Copra production in the RMI was solid but not spectacular for the calendar year 2019, according to statistics released by Tobolar Copra Processing Authority this week. A total of 5,676.61 tons was brought into Tobolar from January through December last year. That means that with the copra price at 50 cents per pound, $5,676,610 was […]