MIMRA and RMI EPA signed an agreement last Thursday to formalize collaboration on investigating marine pollution in coastal fisheries of the RMI.  MIMRA has commissioned the University of Hawaii to undertake a comprehensive marine pollution study under the World Bank Pacific Regional Oceanscape Program (PROP) to investigate micro-plastic pollution, pesticides, heavy metals, radionuclides and other […]

Cola sales up with drought 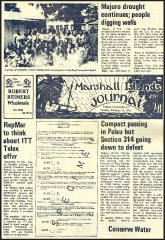 Journal 2/15/1983 P1 Majuro drought continues, people digging wells The drought continues and people are taking measures to get by with less water. Old well are being cleaned up and new ones dug. Cola sales are booming. City water is scheduled to be on for one hour Tuesday and then will be off until Friday. […]

EVE BURNS A new composting program in Laura aims to roll out locally-made fertilizer in the near future.Majuro Atoll Waste Company (MAWC) established its Laura Transfer Station Composting Project last year and a team of local workers with Japan International Cooperation Agency (JICA) senior volunteer Masafumi Kanazawa have been developing the operation. The goal is […]

An agreement that is expected to boost tuna fishery management was signed last week in Thailand between the Marshall Islands Marine Resources Authority and Thailand’s Department of Fisheries. Thailand is a major global hub for tuna processing and Majuro has the world’s busiest tuna transshipment port. Tuna transshipments from fishing vessels to refrigerated carrier vessels is a […]

Forum Fisheries Agency Director General Dr. Manu Tupou-Roosen hailed a series of fisheries milestones for the region accomplished Friday afternoon February 8 in the Marshall Islands. She joined Marshall Islands President Hilda Heine and over a hundred government and business leaders at the grand opening of the new $3 million headquarters building for the Marshall […]

The Marshall Islands Marine Resources Authority’s new high-tech headquarters will be officially opened this Friday. MIMRA Director Glen Joseph said he is expecting a number of VIPs from industry and regional fisheries organizations to attend the celebration of the new three-story facility in Majuro. The entrance staircase features a large mural of a coral reef […] 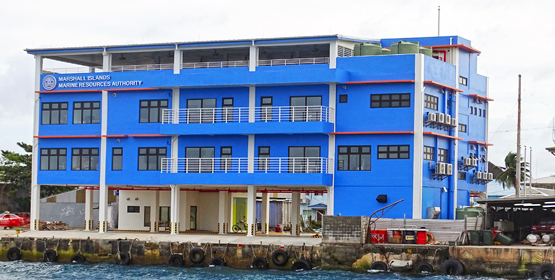 Observers are PNA’s ‘eyes at sea’

A total of 800 fisheries observers are at the front line for Pacific Islands to effectively manage the multi-billion dollar fishing industry in the Western and Central Pacific Ocean. 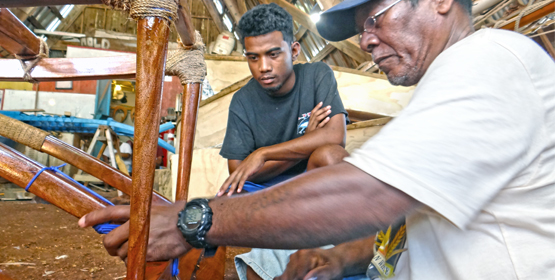 Truth be told: if you’re going to visit Waan Aelon in Majol, you will learn a thing or two or tree. Yes. Tree. WAM has been utilizing different trees in its mixed curriculum of classes in the morning and hands on craft work in the afternoon.