Auditors listed 12 problem areas in the fiscal year 2016 audit of the Marshall Islands government, a report submitted to Nitijela last month by RMI Auditor General Junior Patrick. The audit of the national government and all its agencies — except two, MIVA and RMI EPA, which were not ready — shows that the Ministry […] 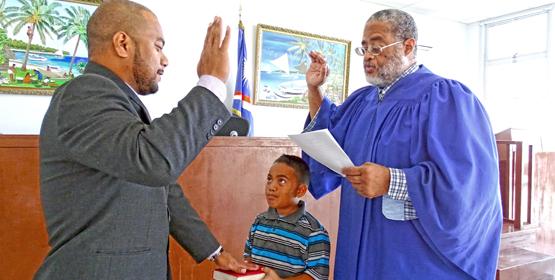 A series of new bills have been introduced into Nitijela by different Nitijela members. Among the new legislation: • Jabot Senator Kessai Note is proposing a constitutional amendment to change the opening day of Nitijela from the first Monday of January to the second Monday of the month each year. The purpose for the changed […]

MISSA changes to be delayed 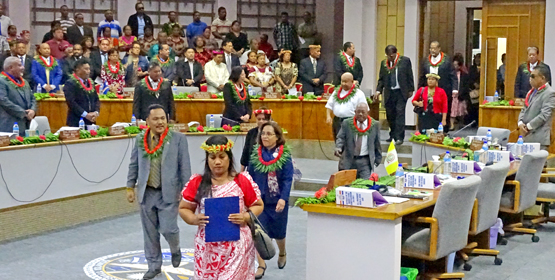 Legislation to delay implementation of the new MISSA law was introduced on the first day of the Nitijela session last week. Bill 54 was introduced by Health Minister Kalani Kaneko and supported by Finance Minister Brenson Wase, and Senators David Paul (Kwajalein), Dennis Momotaro (Mejit), and Bruce Bilimon (Maloelap). The bill is brief and to […]

NTA is scheduled to launch 4G mobile service in 10 days, the government is negotiating to buy a new field trip ship, and new air service options for Marshall Islands residents were among points highlighted by President Hilda Heine in her state of the nation speech at the opening of the Nitijela session Tuesday. Among […] 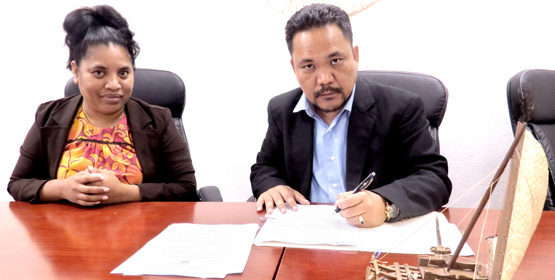 Speaker Kenneth Kedi was joined by Clerk Morean Watak in signing four bills into law earlier this week at Nitijela. The Speaker highlighted the significance of Bill 16 to raise the minimum wage becoming law with the signing. This is the first time since 1999 that minimum wage in the RMI has been increased by […]

By Journal on September 2, 2016 blacklist, money laundering, Nitijela Back In The Day 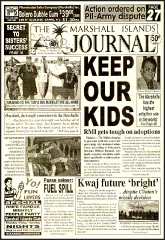 Journal 9/2/1977 P1 From Yap with love The people of Yap District want the unity of Micronesia “at any cost,” Senator Jon Mangefel told the Senate August 26. P5 Enewetak: Radioactive junk yard for next 25,000 years Military infighting over monitoring radioactive “hot” junk for the next 25,000 years has sent ripples through the Enewetak […]

President Hilda Heine delivered a detailed action agenda at Monday’s Nitijela opening based on her call to improve government service to the public — as well as encouraging service by people to their country. The President’s talk also included delivery for the first time of a legislative agenda, highlighting 10 amendments or new bills that will […]

Gerald sworn in for DC duty

Ambassador-designate Gerald Zackios was officially sworn-in Monday as RMI’s ambassador to the United States. The oath of office, administered by Chief Justice Carl Ingram, took place following the recent acceptance of Ambassador-designate’s Agrément by the United States. The nomination of Zackios was approved by the Nitijela during its first Constitutional Regular Session this year. Witnessing […]

HILARY HOSIA Turning down a high school trip to Pohnpei in the Federated States of Micronesia is not something eight teens from Ebeye’s Seventh Day Adventist senior class took well. Or so they thought. Traditionally, SDA seniors travel to the FSM capital city as a right of passage before graduation. However, slight changes in their […]