The Nitijela adopted a resolution in support of the Rongelap Atoll Special Administrative Region (RASAR) late in the evening March 20, the night it wrapped up the first session of 2020. The resolution declares that “Nitijela views with favor the idea of creating a special administrative region on Rongelap Atoll in order to promote investment […] 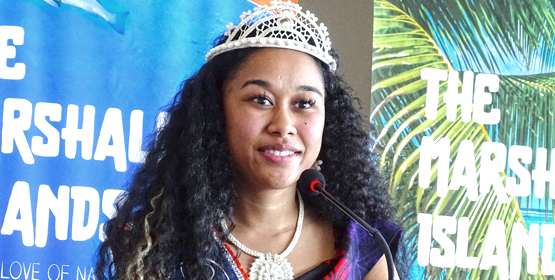 KELLY LORENNIJ The first-ever National Export Strategy for the RMI underwent final validation late last month for finalization before informing and seeking endorsement from Cabinet. The strategy is a long-term plan that has, after intense consultation with government and private sector, identified five major sectors, which include fisheries, tourism, pandanus, coconut and handicrafts in the […] 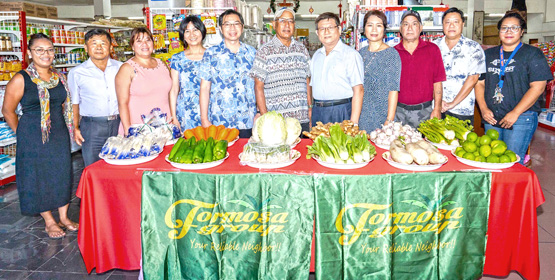 The ROC Embassy and Formosa store recently approached the Ministry of Natural Resources and Commerce for support to import fresh fruits and vegetables from Taiwan to sell in the Marshall Islands. To initiate the development, Chief of Quarantine Henry Capelle and his colleague Kenear Anmontha visited Taiwan on behalf of the NRC Ministry earlier this […] 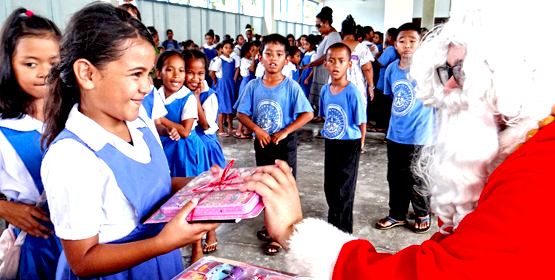 The spirit of Christmas was abundant at Assumption Schools Tuesday following a visit from the Ministry of Natural Resources and Commerce.

Japan Ambassador to the Marshall Islands Hideyuki Mitsuoka handed over much-needed heavy equipment and spare parts to the RMI government represented by Minister Tony Muller, of the Ministry of Works, Infrastructure and Utilities (MoWIU). The handover ceremony was held at MoWIU compound with many attendees including Minister of Natural Resources and Commerce Dennis Momotaro, Secretary […]

HILARY HOSIA The official handover of a new crane truck from the Embassy of Japan to Waan Aelon in Majol (Canoes of the Marshall Islands) Friday revealed a positive aspect about WAM: exemplary maintenance. In his remarks, Japan Ambassador Hideyuki Mitsuoka said he was amazed at the state and condition of the vocational training center […]

Let there be light at night

A total of 100 solar streetlights, 66 batteries and $20,000 was donated by the Republic of China (ROC) at a handover ceremony for the community streetlighting project last week at the Marshalls Energy Company warehouse in Delap. The $20,000 is for local procurement purposes for the project and installation costs. Through the National Energy Planning […] 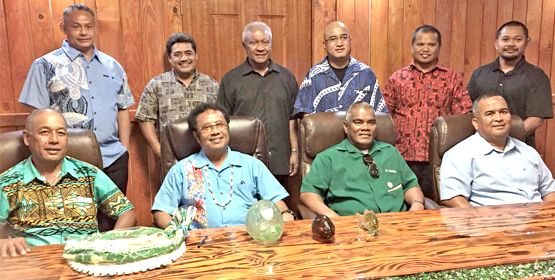 Palau received close to half a million dollars earlier this month from an investment fund established 10 years ago to support conservation work in US-affiliated islands. The Micronesian Challenge Endowment Fund will also be available to support protected areas in the Marshall Islands and Federated States of Micronesia once these nations adopt required legislation and […] 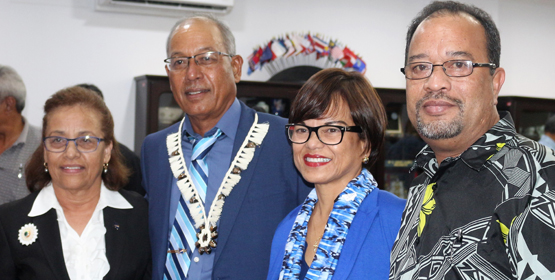 Witnessing the occasion were President Hilda Heine, Vice Speaker Jejwarick Anton, members of the Cabinet and Nitijela, diplomatic corps, members of the Public Service Commission, and other government officials, family members, and friends. President Heine congratulated Minister Momotaro on behalf of the government. Momotaro said although there are challenges, he is prepared to carry out […]