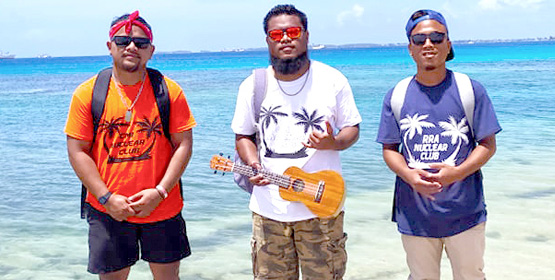 EVE BURNS International Mental Health Day was the big event in Majuro last week Thursday, when many gathered for an open house at the hospital’s mental health clinic and later marched out to Delap Park wearing green in support of preventing suicide in the Marshall Islands. There were activities throughout the day, talk story about […] 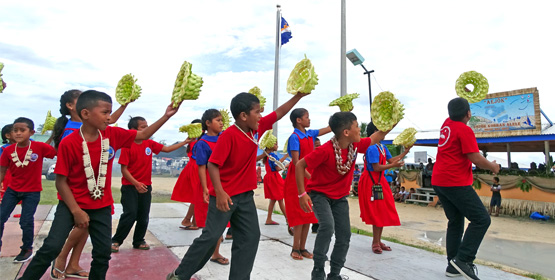 Culture Day at Delap Park last Friday featured plenty of participation by local schools and groups. This included coconut husking competition, dances performances by several elementary schools, and performances by community groups. Read more about this in the October 4, 2019 edition of the Marshall Islands Journal. 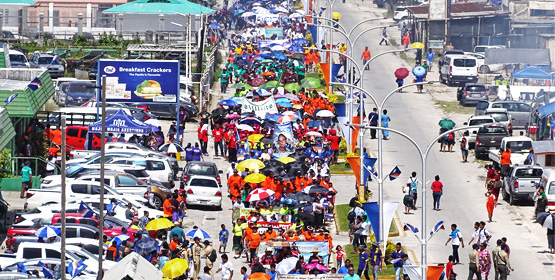 The 40th anniversary of constitutional government in the Marshall Islands generated an energetic and colorful parade on Amata Kabua Boulevard and a huge turnout at Delap Park for a day of festivities Wednesday this week. Read more about this in the May 3, 2019 edition of the Marshall Islands Journal.

“We’re just going to check out the water,” members of visiting ACIDIC Band said during an early breakfast at the Marshall Islands Resort Tuesday morning. Next thing you know, they’re swimming in the water — minutes before their first gig with Seventh Day Adventist and Majuro Cooperative School students. In short, if excitement and energy […]