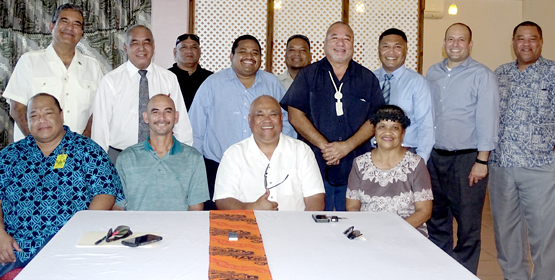 HILARY HOSIA Majuro Atoll Local Government is slated to receive a continuing stream of funding from anchorage fees collected by Marshall Islands Ports Authority starting with $100,000 this year and an average of $40,000 to $50,000 annually in upcoming years. The $100,000 “handshake” by Majuro Mayor Ladie Jack and Ports Authority Board Chair Robert Pinho […]

ROC keeps us on the ball

HILARY HOSIA When it comes to Majuro leadership — Ministers Brenson Wase, Kalani Kaneko, and Tony Muller, Senators Sherwood Tibon and David Kramer, and Mayor Ladie Jack — student development is a priority as evidenced in last week’s christening of Delap Elementary School’s multi-purpose basketball court. The presence of all five Majuro senators with the […] 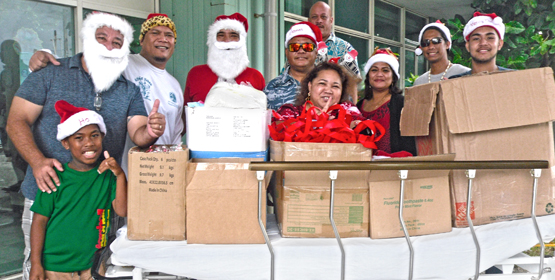 The Kramer and Muller families delivered Christmas cheer to Majuro hospital patients and staff for the 18th consecutive year when they arrived at the hospital bearing gifts. The two Majuro Senators, David Kramer and Tony Muller, started their family tradition of hospital visits in 2000. Read more about the Christmas celebration in the Marshall Islands […]

This week’s High-Level UN Ocean Conference at the UN Headquarters in New York City is seeing significant participation from the RMI in the main conference and multiple “side events.” The Ocean Conference, co-chaired by the governments of the Republic of Fiji and Sweden, supports the implementation of Sustainable Development Goal 14 (SDG14) that deals with […]

HILARY HOSIA Nitijela reconvened for an unusual May meeting Wednesday this week, with plans to continue meeting through Friday to address legislation related to the in-progress Constitutional Convention. Wednesday morning, during off-air comments, senators engaged in debate over spending by and funding needs of the Con-Con, with some senators saying Con-Con should not proceed with […]